Ryan Carr has named his 19-man squad ahead of the Rovers clash with Rochdale Hornets.

Featherstone host bottom of the table, Rochdale at the LD Nutrition Stadium on Sunday 21st July (KO: 3pm) as they look to bounce back to winning ways.

A positive performance despite the result over in Canada will give the Rovers confidence going forward towards the end of the season.

Carr has made four changes to the team that made the trip over to Toronto.

The Rovers welcome back Dane Chisholm and Cameron King after slight injuries have kept them out of the previous game. Ben Reynolds also comes into the 19-man squad.

John Davies is the final inclusion in the new squad after recovering from his injury.

Jack Bussey has unfortunately has season ending surgery on his elbow meaning he will not feature for the rest of the season.

Scott Wheeldon, Jack Render and Callum McLelland are the other three players that drop out of the squad for visit of Rochdale.

Josh Hardcastle was charged and banned this week by the RFL after a shoulder charge during the Rovers defeat to Toronto but his three-match ban does not come in to effect until the next round of fixutures.

Under 16s are able to attend the game against the Hornets for just £1.

Fans can still save £2 on gameday prices by pre-purchasing their tickets via our online ticket box office. 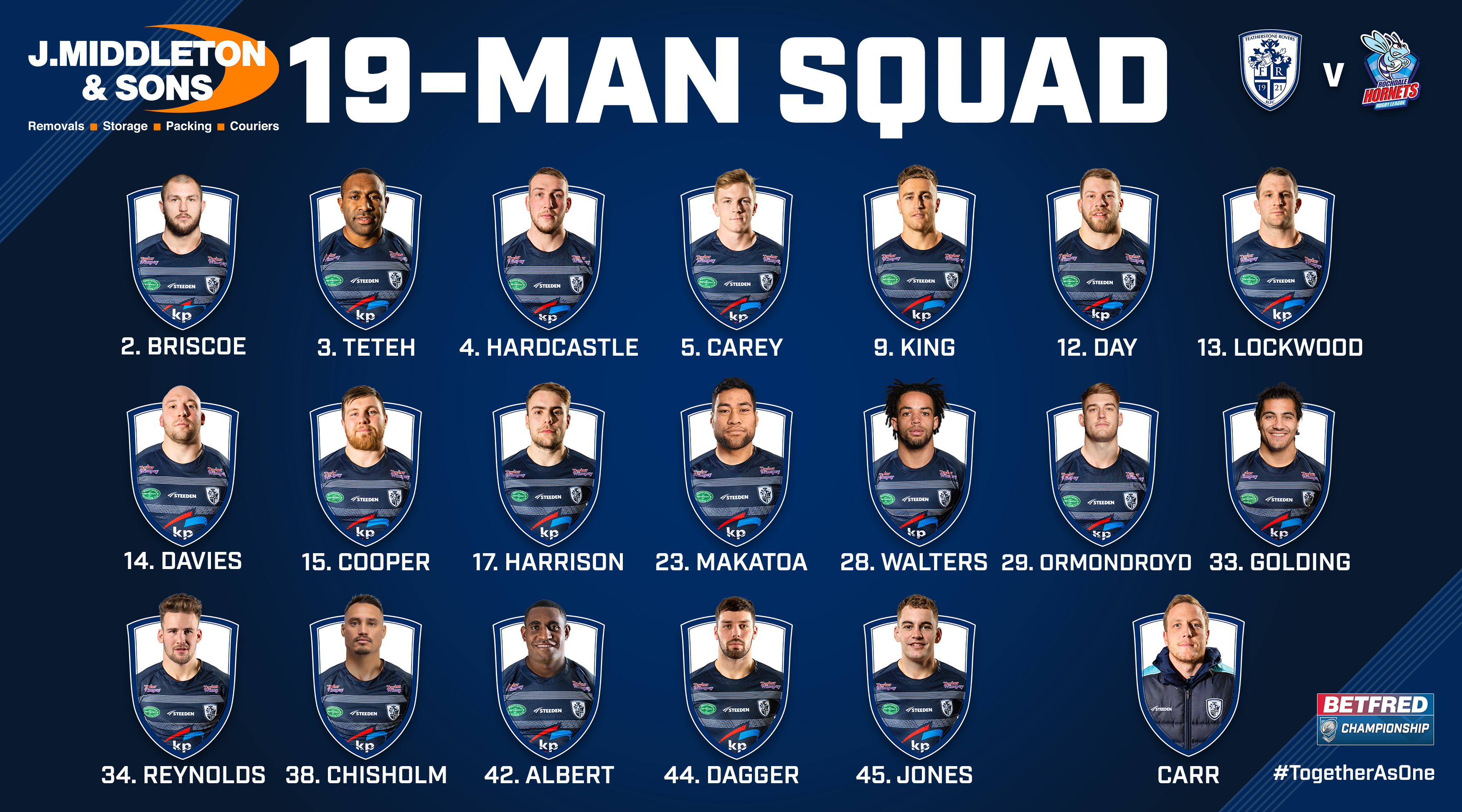